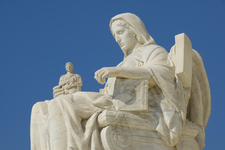 A drywall manufacturing division of Georgia-Pacific recently filed for Chapter 11 bankruptcy over thousands of asbestos cancer claims against the company, owned by Koch Industries since 2005. Georgia-Pacific’s Bestwall Unit is currently the subject of tens of thousands of lawsuits alleging the company knowingly manufactured drywall products with asbestos but did nothing to inform users of the possible dangers of developing serious health conditions, including mesothelioma, a rare and deadly form of lung cancer.

Georgia-Pacific manufactured “mud,” a joint compound used in construction to seal pieces of drywall together or fill in cracks, which contained chrysotile asbestos until 1977, one of the most common forms of the flaky white mineral. While the company claims its total production amounted to only a small fraction of products made with asbestos, it was nonetheless one of the most common types of drywall mud used in past decades, resulting in thousands of cases of exposure.

Asbestos was once commonly used in a variety of industrial and commercial applications for decades by many manufacturers. Although federal regulators did not restrict the use of asbestos until the mid 1970’s, the manufacturers were well aware of the potential hazards of inhaling asbestos fibers. Unfortunately, manufacturers continued to use asbestos in their products and did nothing to warn consumers about the risks.

One of the most serious health conditions caused by asbestos exposure is mesothelioma, a disease for which there is no cure. Mesothelioma typically forms in the thin layers of skin around the lungs or sometimes the abdomen before spreading to other parts of the body. Tumors can take decades to develop after exposure and symptoms do not always present themselves right away, making a timely diagnosis and treatment regimen all the more difficult to achieve.

Since 2000, Georgia-Pacific has paid out billions of dollars in settlements to resolve claims that its dangerous drywall compounds caused the debilitating medical conditions of thousands of innocent victims. In its bankruptcy filing, the company specifically notes the number of lawsuits and expense needed to resolve such claims as the reason for separating the division and filing for such protections to compartmentalize settlements.

The move is a common tactic many large corporations employ to reorganize portions of the company and reduce settlement costs by creating bankruptcy trusts for mesothelioma cancer victims to file administrative claims with. Generally, filing claims with asbestos bankruptcy trusts, as they are known, can be a much more expedient alternative to filing a formal lawsuit with an asbestos manufacturer to recover vital compensation to pay for medical bills and lost wages.