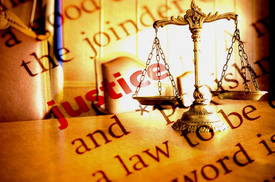 A Michigan woman recently filed an asbestos cancer lawsuit against a slew of defendants claiming the companies are responsible for her husband’s lung cancer diagnosis, which she claims is a direct result of coming in contact with asbestos-contaminated products produced by the defendants. The plaintiff’s lawsuit states that she became widowed in October of 2016 after her husband lost his battle with the deadly asbestos-related lung cancer he developed while working with the defendant’s defective products from the 1960’s to early 2010’s.

The asbestos cancer lawsuit, filed in St. Clair County Circuit Court in Illinois, claims that defendants like Arvinmeritor Inc., A.W. Chesterton Co., CBS Corp., Certain-Teed Corp., and Colfax Corp. continued to produce asbestos laden products despite safer alternatives being available. Furthermore, the claim charges that the defendants knew for decades about the health risks their products posed but chose not to alter their designs or inform users about the dangers.

For decades, companies like the defendants named in the asbestos cancer lawsuit developed their asbestos products knowing full well that the small fibers could result in serious, if not deadly, medical condition. However, despite the insider knowledge, many unscrupulous companies continued to use asbestos in their commercial and industrial applications due to its cheap cost and heat resistant properties. It was not until the mid-1970’s the federal government stepped in and formally regulated the sale and manufacture of the product.

Professions at high risk for asbestos-related lung cancer included pipefitters and welders using gaskets manufactured with asbestos to withstand the high heat from power generators and steam boilers. Others may have suffered exposure while deployed on Navy vessels where asbestos was used in engine rooms or in components for nuclear reactors. In any case, companies manufacturing and using asbestos products were fully aware of the outcomes asbestos exposure could yield for unsuspecting workers and consumers.

Although the deceased victim had not come in contact with asbestos contaminated products for many years, the nature of the disease means the cancer will not present symptoms for some decades. The long delay between exposure and showing signs of lung cancer can seriously complicate the treatment options for many patients. Once lung cancer tumors begin to spread throughout the body, surgery becomes an unlikely option and patients must consider radiation or chemotherapy.

Even today, asbestos still poses a risk to many Americans despite stringent federal and state regulations on the sale and disposal of the substance. Often times, building renovations involve asbestos removal that can put many innocent people in harm’s way if contractors do not adhere to protocol and properly abate the flaky, white mineral.

If you or a loved one were diagnosed with lung cancer that you suspect was caused by asbestos exposure, contact our office to speak to one of our experienced nationwide asbestos-related lung cancer attorneys about your situation. Our office can help investigate your case and determine if compensation can be sought from negligent parties to help pay for your medical treatment to help you and your family live a more comfortable life.