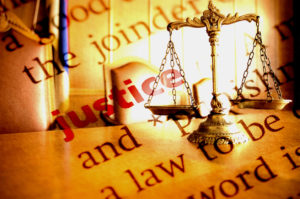 The Arizona Supreme Court recently agreed to hear the mesothelioma cancer lawsuit of a man who claims he developed serious health issues from asbestos dust brought home by his father while working in an industrial plant. The case could set an important precedent that would allow thousands of other mesothelioma cancer victims to sue for damages and hold wrongdoers accountable for their careless actions.

Commonly referred to as “take home” exposure, this type of mesothelioma cancer lawsuits is a serious point of contention for asbestos companies trying to skirt responsibility for the harm caused to innocent people. While many states like California, Tennessee, and New Jersey have laws on the books allowing take home exposure victims to hold asbestos companies responsible, Arizona has no such law.

END_OF_DOCUMENT_TOKEN_TO_BE_REPLACED

A recent report by an Atlanta news outlet has shed some light on the continuing epidemic of asbestos exposure plaguing Georgia citizens, even as legislators continue to ignore the threat posed by the dangerous industrial material. According to the report, state agencies routinely fail to hire licensed asbestos removers to perform delicate renovations of buildings contaminated by the cancer-causing mineral, putting hard working, ordinary people at risk of developing serious health conditions.

The report claims that many Georgia homes built before 1978 used building materials tainted with deadly asbestos, often in joint compounds used to secure wallboards. As an odorless, tasteless compound, asbestos has been described as a silent killer that catches victims by surprise decades later when deadly diseases like mesothelioma develop.

END_OF_DOCUMENT_TOKEN_TO_BE_REPLACED

Federal investigators recently opened an inquiry into whether several asbestos clean up companies operating in Massachusetts paid crews fairly for all of the work performed renovating asbestos tainted properties in the Boston area. Over the past few years, the U.S. Justice Department has opened up several investigations into worker mistreatment and wage theft involving hard working clean up crews putting their health and safety on the line to make sure others are not exposed to deadly asbestos.

Over the past five years, Boston has seen a boom in asbestos removal projects to remove the mesothelioma-causing insulation from older building flush with the cheap and once widely used substance. However, many of these projects come with a cost to the workers doing the jobs as well as to the office employees who sometimes continue to work inside buildings while restoration goes on.

The targets of the Department of Justice investigation, Absolute Environmental and Absolute Environmental Contractors Inc., are accused of collaborating to suppress workers’ wages and turn a higher profit. According to grand jury witnesses, the companies in question paid workers two different pay rates, one for union work at about $35 per hour and another for “non-union” at a rate about half as much.

END_OF_DOCUMENT_TOKEN_TO_BE_REPLACED

Public workers in Pennsylvania recently scored a major victory after the Pennsylvania Supreme Court ruled that state employees can hold their employers accountable for failing to take reasonable steps to prevent asbestos exposure. Typically, state agencies are immune from civil suits under the doctrine of “sovereign immunity” which generally bars claims against the state for certain injuries.

In their ruling for Geier v. Board of Public Education of the School District of Pittsburgh, the Pennsylvania Supreme Court upheld an Allegheny County trial judge’s ruling that state employees can file mesothelioma cancer lawsuits against the governmental entities they work for. Until recently workers could still bring third party claims against other defendants like asbestos companies but were barred from filing claims against other entities like school districts.

END_OF_DOCUMENT_TOKEN_TO_BE_REPLACED 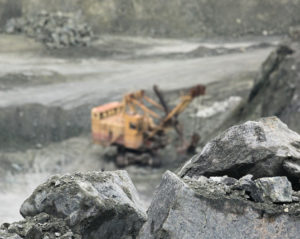 Over 1,000 mesothelioma cancer victims recently settled claims against the state of Montana over allegations the plaintiffs developed the deadly asbestos-related cancer in a privately-owned asbestos mine. The settlement is the second such largest in the state’s recent history, after a $43 million resolution another group of 1,000 plaintiffs from Libby, Montana agreed to in 2011 as compensation for their own mesothelioma cancer lawsuit.

The latest settlement is the culmination of hundreds of mesothelioma cancer lawsuits filed by local residents against the state, claiming the government failed to protect them from the known dangers of the asbestos-contaminated vermiculite mine located near the town. Plaintiffs from this settlement had not been diagnosed with mesothelioma at the time of the 2011 resolution but have since developed the condition.