It’s a favorite pastime of about 44 million Americans – riding all-terrain vehicles or off-roading, as it’s sometimes called. It can be dangerous because of the severe injuries that can happen in a crash. But is there another potential risk?

This study examined the connection between individuals who off-road and asbestos exposure. Asbestos is a naturally occurring mineral in the United States and other countries. After mining, builders often used it in construction until the Environmental Protection Agency banned the toxic material in 1989. Over time, people who inhale asbestos fibers are at risk of mesothelioma, which causes a deadly cancer that has no cure.

This study looked ATV riders and the possibly that off-roading kicked up dust that led to asbestos inhalation. The study focused on California and looked at 15 previous investigations. For individuals in the study with measured asbestos concentrations, speed and riding in a group were commonalities. It was an interesting investigation into the relationship between asbestos and off-roading. More studies looking at this issue in other parts of the country where asbestos is prevalent could be useful.

END_OF_DOCUMENT_TOKEN_TO_BE_REPLACED

Almost two decades after environmental regulators discovered serious asbestos contamination at a vermiculite mine in Libby, Montana, lawsuits related to asbestos exposure continue to work their way through the courts. A federal judge is set to decide whether a dozen or so cases will remain in Montana state court or be transferred to federal court and decide whether or not a whole host of defendants are liable for the plaintiffs’ serious medical conditions related to asbestos exposure near the mine.

Hundreds of cases against defendants BNSF Railroad Company, the state of Montana and other entities allege the defendant’s negligence caused the plaintiffs’ medical conditions, including mesothelioma, a rare and aggressive form of lung cancer commonly affecting the lungs. In August, about one dozen other cases were transferred from Cascade County District Court to U.S. District Court for the District of Montana in Great Falls.

The vermiculite mine’s original owner, W.R. Grace & Co., filed for Chapter 11 Bankruptcy in 2011 and formed an asbestos bankruptcy trust before splitting into two separate companies in 2015. The trust established by W.R. Grace compensates victims who were harmed by the asbestos in the vermiculite mine it operated and allows the company to settle its debts and restructure. According to reports, the trust is valued at $4 billion and could end up compensating thousands of possible claimants harmed by the company’s activities at the mine.

END_OF_DOCUMENT_TOKEN_TO_BE_REPLACED

Most people have heard of asbestos, but not all are familiar with the risks involved with this toxic material. Some only learn of mesothelioma when they have a personal reason to do so, such as a doctor diagnosing their disease or having a friend or loved one dealing with it. Many questions will run through their heads. Here are some of the most common:

3. When do symptoms appear? It can take 20 years for the cancer to form after exposure. Shortness of breath and pain under the rib cage are common symptoms, but it can be difficult to diagnose. Most individuals with mesothelioma were exposed to asbestos in the 1950s, 1960s, 1970s or 1980s.

4. What is the prognosis? The prognosis depends on many individual factors, including age and gender. About 40 percent of patients with mesothelioma survive one first year after a diagnosis. Older mesothelioma patients have a much lower survival rate.

END_OF_DOCUMENT_TOKEN_TO_BE_REPLACED 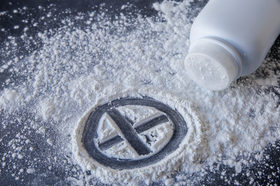 Cosmetics and personal hygiene products company Johnson & Johnson has made massive headlines in recent months over substantial jury verdicts handed down against the company over allegations that it knew for years about the possible causal link between using talcum powder and developing ovarian cancer. Now, J&J could be open to even more liability after an internal company memo surfaced in another trial that shows it also knew its talcum powder products could also be contaminated with asbestos, a flaky white mineral known to cause the deadly lung cancer mesothelioma.

Attorneys representing more than 50 clients in a class action lawsuit against Johnson & Johnson recently unveiled internal company memos suggesting that the defendant was aware as far back as the 1970s that some of its talcum powder from a pair of mines was contaminated with asbestos. Those contaminated sources allegedly came from mines in Vermont and Italy and appear to directly contradict the company’s claims that its talc-based products have been asbestos-free since the federal government declared asbestos a dangerous carcinogen many decades ago.

Those memos, dated to 1973, state that Johnson & Johnson found two different types of asbestos in its talcum powder, prompting one company official to suggest switching its Baby Powder ingredients to corn starch instead. Furthermore, documents obtained by the plaintiffs show that the defendant went as far as to rewrite product booklets to omit the fact talcum powder from the Italian mine contained the cancer-causing mineral.

END_OF_DOCUMENT_TOKEN_TO_BE_REPLACED 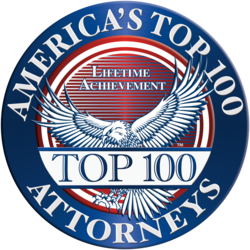 Selection is not achieved based on a single accomplishment or a single great year of success, but rather on a lifetime of hard work, ethical standards, and community enriching accomplishments that are inspiring among the legal profession. To help ensure that all attorneys selected for membership meet the very high standards expected for selection, candidates for lifetime membership are carefully screened through comprehensive Qualitative Comparative Analysis based on a broad array of criteria, including the candidate’s professional experience, lifetime achievements, significant case results, peer reputation, and community impact. With these extremely high standards for selection to America’s Top 100 Attorneys®, less than one-half percent (0.5%) of active attorneys in the United States will receive this honor — truly the most exclusive and elite level of attorneys in the community.

The Florida Supreme Court recently agreed to hear the appeal of a plaintiff whose $8 million verdict against a tobacco company was thrown out by a state Appeals Court and subsequently denied a review by a larger panel of judges. The victim’s lawsuit claimed that R.J. Reynolds tobacco company produced a defective product which ultimately contributed to the plaintiff developing mesothelioma, a rare and aggressive form of lung cancer associated with exposure to asbestos.

The mesothelioma cancer lawsuit alleged that the victim’s cancer developed through exposure to asbestos-laden filters on Kent cigarettes the plaintiff smoked in the 1950s as well as exposure to asbestos in gaskets produced by Crane Co. A jury initially awarded the plaintiff $8 million for his injuries, including pain and suffering, as compensation for the defendants producing a product which they knew contained harmful substances but did nothing to warn consumers about.

However, the defendants appealed the verdict on the grounds that the trial court improperly admitted an expert witness for the plaintiffs who specialized in occupational and environmental medicine. The expert asserted at trial that the type of chrysotile asbestos used in the cigarette filters and gaskets directly contributed to the victim’s injuries. Another expert witness for the plaintiff also testified as to the link between the victim’s diagnosis and exposure to the defective products developed and sold by the defendants.