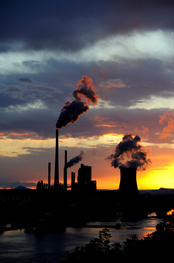 The 11th Circuit Court of Appeals recently handed down its ruling in an asbestos cancer lawsuit concerning the degree to which victims may recover for their medical expenses after insurers and healthcare providers reduce costs. The Alabama judge’s ruling in the case sets a significant precedent for future mesothelioma lawsuits filed against government entities like the Tennessee Valley Authority (TVA) in this suit.

The case centered around a Florence, Alabama woman who developed mesothelioma after coming in contact with asbestos fibers brought home on her husband’s clothes from his job at the Browns Ferry Nuclear Plant operated by the TVA. For nearly two-decades, the husband cleaned up residue left by insulators and asbestos workers at the nuclear power plant, which left his clothes covered in fine layers of dust.

After losing both their parents to mesothelioma, the victim’s’ surviving children continued their mother’s claim against the federal government, arguing the TVA was solely responsible for consequences of asbestos exposure. Like most defendants in asbestos cancer lawsuits, the government denied responsibility for the plaintiff’s injuries, taking the matter to the court and contesting the claim every step of the way.

Following the hard fought litigation, a federal court sided with the plaintiffs and determined the TVA was solely responsible for the plaintiff’s medical condition, pain and suffering, and severely shortened life. For the victim’s injuries, the court awarded her estate $3 million as compensation which included over half a million dollars in medical expenses.

Attorneys for the government appealed the decision, arguing that since neither the plaintiff nor her insurer paid the full amount of the medical bills, the award should be reduced accordingly. While undergoing treatment, the victim’s health care provider and insurer were able to bargain for reduction in costs to help ease some of the financial burden on the victim and her family during the difficult time.

The 11th Circuit upheld the verdict but sided with the government and remanded the case back down to a lower District Court to recalculate the damages for medical bills. Unless the case is appealed to the U.S. Supreme Court, the Appeals Court ruling should set an important precedent for future claims against the federal government, particularly those involving asbestos exposure.