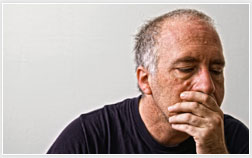 A recent study by the Winship Cancer Institute at Emory University reveals disparities in the treatment given to elderly lung cancer patients, including those fighting mesothelioma and other deadly cancers. The study shows why it is so important for all mesothelioma patients, regardless of their demographic, to educate themselves and be proactive in their cancer treatment to improve their prognosis and maximize their survival term.

Another interesting trait uncovered in the study is that men are 40% more likely to receive chemotherapy and radiation treatment than women. The survival benefit associated with combination therapy persisted even after accounting for factors like age, sex, race, income, and individual tumor characteristics.

Experts weighing in on the disparities believe that the numbers may be attributed to differences in cultural or community beliefs about how aggressively to attack tumors in old age. Other theories suggest that because many African Americans have less access to transportation and the financial resources to pay for out of pocket expenses, they may be less likely to seek the care they need. Although the study only points out the disparities and does not attribute a cause, it is clear that much progress remains to be made to ensure thatall cancer patients get access to the vital treatment necessary to fight their disease.

“Elderly patients and their physicians should not be discouraged or timid to try available and recommended treatment options, including combined chemotherapy and radiation therapy,” said Asal Johnson, a public health researcher at Stetson University in Florida, who spoke to Reuters about his own analysis of the study. “Part of the disparities between older and younger patients can be eliminated if both doctors and patients avoid making conventional assumptions about treatment regimens for the elderly.”